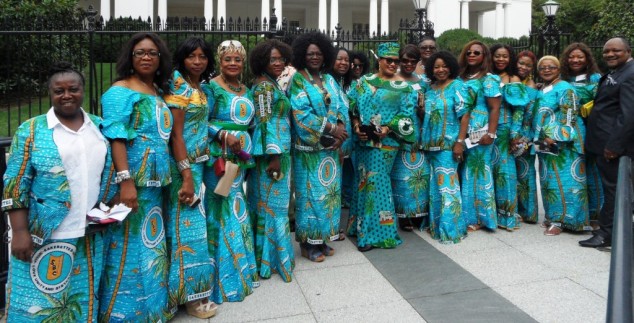 Saker Baptist College (SBC), a premier all-girls boarding school in Limbe, Cameroon, Africa was founded on January 29, 1962 by the Cameroon Baptist Mission with the help of the North American Baptist Convention. The school’s initial goal was to provide academic, professional and leadership training for girls to enable their social emancipation and contributions to the economic development of Cameroon. The institution also sought to evangelize and train young women according to the tenets of the Christian doctrine.
At its inception, the school which was known as the Baptist Girls Secondary School, later changed its name to the Cameroon Christian College. In the late 1960s it was re-named Saker Baptist College in honor of Alfred Saker, the first Baptist missionary to Cameroon. Although Saker Baptist College was founded on the tenets of the Baptist faith, the college now educates students of all religions.

An average student day begins at 5:00 a.m. with morning chores daily devotion, and breakfast. On weekdays, classes hold from 7:30 a.m. to 2:00 p.m. followed by lunch, a compulsory siesta, and free time. Dinner is followed by “prep”, an evening studying period after which students partake in evening devotion in their various dormitories before the lights go out at 9:30pm. Student dormitories, which are named after previous Saker missionaries belong to one of four houses: Witt House, Bosen-Daiga (formerly Armstrong) House, King House and Burnley (formerly New House).

In recent years, Saker Baptist College has grown to include a high school with an enrollment of about 900 students.  It continues to serve as an institution of learning for young women, an environment where friendships are nurtured and where career interests are peaked. To date, the institution has graduated over 6,000 young women and boasts an extensive network of professionals in all walks of life in Cameroon and the Diaspora.|

The School’s success is best captured in the words of its first principal, Miss. Berneice Westerman who said. “When God leads you into a new adventure, think not only of the challenges or obstacles, but of what could be. Dream, and in faith, expect those dreams to come true. Remember, He can work beyond what we ask or imagine”

To date Saker has been served by the following Principals:

MAY GOD’S GRACE ABOUND IN YOU

58 YEARS WORTH OF FOND MEMORIES